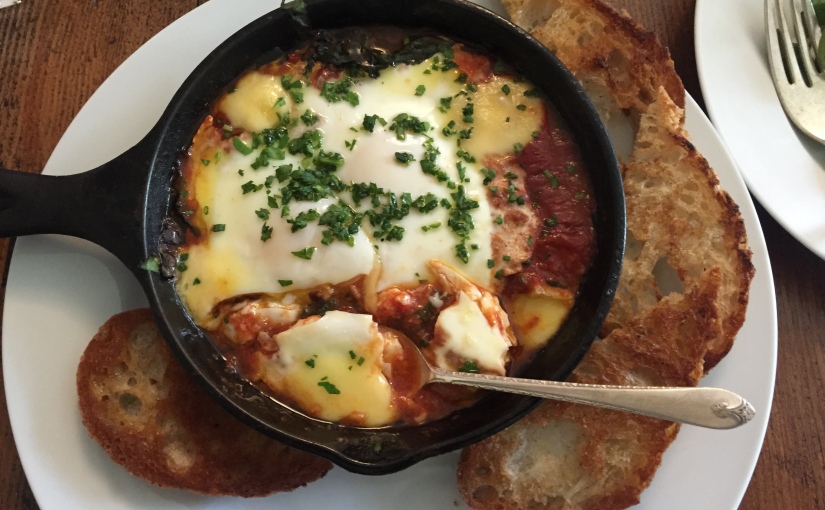 I drove down Friday after being let out of work early for the 4th of July holiday weekend. I’d driven to the DC Metro red line in the morning instead of taking the MARC train as I usually do, so was able to start driving from north of DC around 3:30. With DC traffic on a Friday afternoon before a long weekend and several thunderstorms, I didn’t arrive in Charlottesville until 7pm. I had NPR, the Minimalists (Episode 28), Liz Wolfe and Cassy Joy Garcia (Balanced Bites Episode 250), and then some poppy music to keep me company along the way.

Soon after I arrived, we went to Monsoon Siam for dinner and sat on the porch. Our meals were delicious (and actually spicy) – my friend had Kapow Jae to maximize the vegetables, and I had the pik pow with added broccoli – but the entry process was annoying. It wasn’t clear where to enter or who to talk to about putting our name in for a table (or even if that was necessary). Things like that drive me crazy. Then, once we got seated, a server didn’t come for probably at least 20 minutes. My friend ended up going to the bar for waters, and then ultimately went back to the bar for beers before we ever had a server come. To be fair, they seemed understaffed and overbusy. I probably would have been more forgiving if not for the initial entry process confusion. Anyway.

After dinner, we walked along the pedestrian mall and went to The Southern to see some music (Rob Cheathem & Co.).

On Saturday, I woke up at 5:30 like usual (annoying) and was out for my triathlon training workout by 6:15. I didn’t bring my bike, so I borrowed my friend’s hybrid. And Charlottesville is hilly. I biked west of town and back in a big loop, and then I ran 3 miles down through the UVA campus and back to her house. I was pooped. Did I mention it was hilly? While running, I snapped a photo of this church. Yay, equality.

To get the day started, we went to the Charlottesville farmers market downtown and then to Bluegrass Grill for brunch. At the farmer’s market, my friend bought tomatoes, and we both bought a bucket of peaches. It seems early for peach season, but man, they’re delicious. For brunch, I had a potato scramble with (some sort of weird, fake, but still meat) chorizo, egg, peppers, onions, and tomatoes. 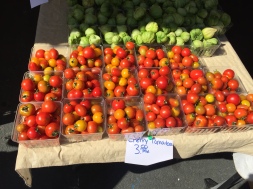 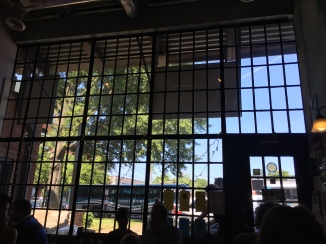 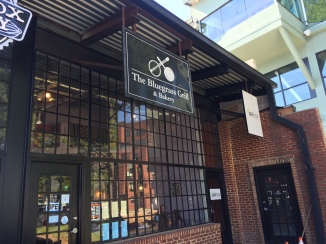 After an unfortunate locking-of-keys-in-trunk incident, we spent the afternoon being lazy on her lawn, snacking on nuts and fruit. 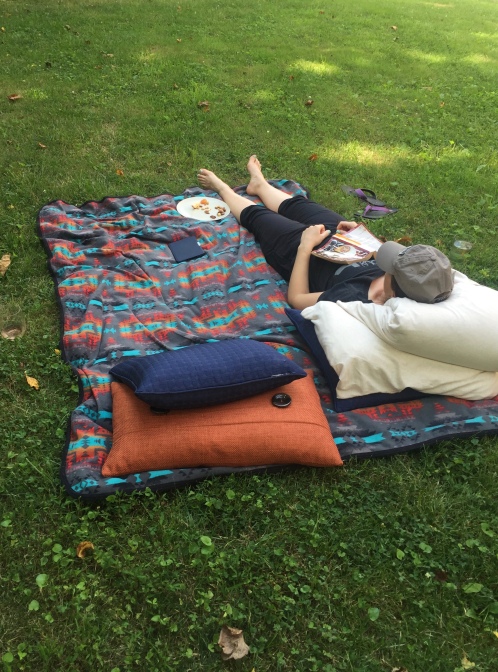 We went to a barbecue at one of her friends’ houses that evening, where we ate some delicious salads, steak, and sausage.

On Sunday, we ate breakfast at home (Greek TJ’s yogurt, nuts, and banana for me) before setting out for a hike. Shenandoah and other mountainous areas were a further drive than we wanted, so we went to the Fortune’s Cove Nature Conservancy about 35 minutes from Charlottesville outside Lovingston, VA. The hike was five miles-ish and relatively steep both up and down. The day was overcast and foggy so the views weren’t great, but it was still pretty. Parts of the trail had a lot of growth; the trail to the top of High Top mountain, a slight detour off the trail, was particularly overgrown. And not worth it at all, due to the lack of views and the creepy I-feel-like-I’m-in-an-episode-of-Lost gated building. But overall I’d recommend the hike. It was very well marked, a great workout, and pretty.

We didn’t see a ton of wildlife, but what we did see was super unexpected. First, we ran into a turtle. Next, near the top, were a TON of these three-dimensional spiderwebs. And finally, where the trail crossed a fire road on the way down, we saw some large animal that we’re still debating: was it a dog? A coyote? Or, where I think we’ve settled, a fisher weasel? It looked kind of like a raccoon, except four times as big. And kind of like a dog, except it… ambled more… like a bear. Who knows. We saw it from behind, and its most defining characteristic was its very bushy tail. I wish we’d taken a picture. 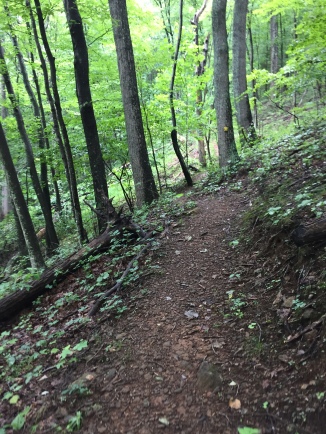 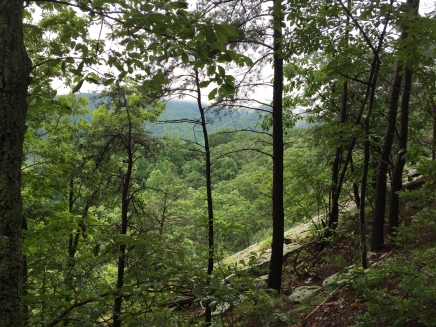 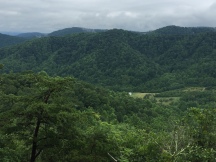 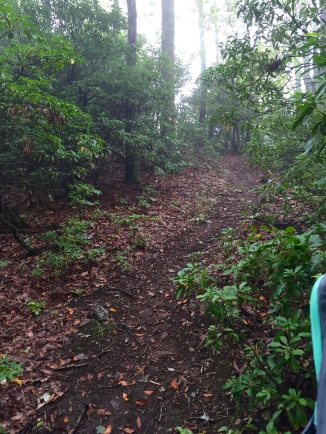 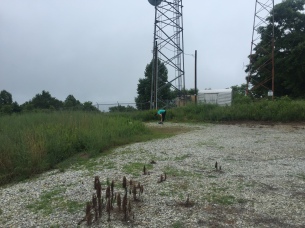 The nature preserve was just across the road from Mountain Cove Winery, so we stopped for a tasting before heading home. It’s apparently the oldest winery in Virginia!

We were starving (it was late afternoon), so we stopped at Al Carbon for rotisserie chicken that totally hit the spot. It was delicious. So were the roasted vegetables and sweet potato sides that I got. My friend liked her chicken, but thought some of the sides were too rich and creamy.

Due to the late lunch, we didn’t need a proper dinner, so snacked on more nuts and fruit (and TJ turkey sausage) for a late evening snack.

For my last meal in Charlottesville, we went this morning to the Oakhurst Inn Cafe and Espresso Bar for breakfast. It was so charming – in a house, with pretty wood tables and enormous cups of coffee. I would love to stay at the Inn. My friend and I both got the baked farm eggs, and I got a side avocado salad that I’m pretty sure had an entire avocado in it. The baked eggs were delicious (and a little spicy), but the dressing on the avocado salad was my favorite part of the meal.

And finally, after returning home early this afternoon, I made myself a salad with the last of the Trader Joe’s turkey salami, a tomato from our farm box, part of an avocado, and a peach from the Charlottesville farmers market. Yum.